An Observatory about the evolution of house design and living 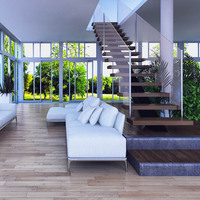 These last years have been characterized by a significant evolution of the “planet house”, and the future seems to hold a further and wider innovation.

This project was created to meet the need, common to all the companies operating in the living environment sector, to know the possible changes that will influence the development of the demand, either public or private. In this context, IVM Chemicals has entrusted one of the most prestigious Italian Companies specializing in market research and surveys,  Makno & Consulting,  the task to identify elements which will influence the evolution of the “living environment” in the near future. To reach this objective, Makno has carried out an analysis of all those factors (desire, taste, visual perceptions) which determine the choices and behaviours of people towards their “home”. The project originated from an analysis of the perceptions, the perspectives of taste and desire, the attitudes towards "living environment" in its totality (i.e. a combination of objects, functions, spaces, colours, technologies). IVM Chemicals has promoted this research to offer its customers and partners an important scientific tool for the future of the home and the wood-sector. 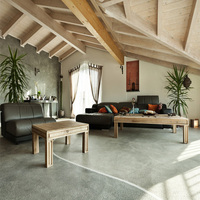 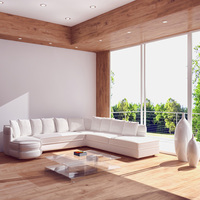 A Summary on the Observatory

Nowadays the design of the home and the environment around us is changing dramatically. Everything is habitable: the home, the office, the school, the factory, the airport, the railway station, the city. Probably, in no economic and cultural transition, have the house and the living-style been so important as in the beginning of this century. Indeed, several social and cultural trends nowadays are affecting  the living-style and foreshadow  important changes.

Quality Search - A Summary of the Results 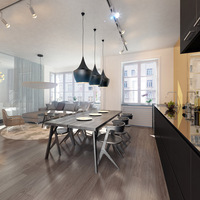 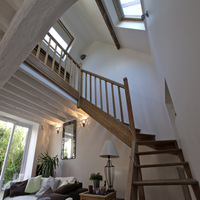 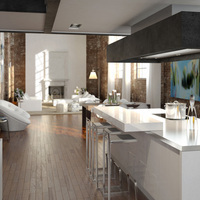 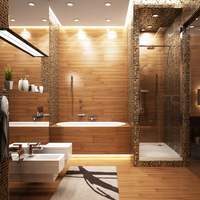 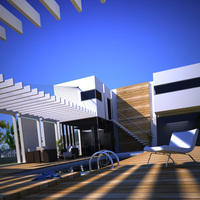 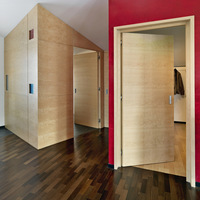 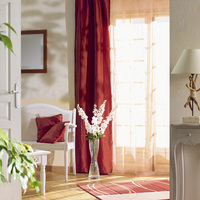 What does home mean today?
In general, the idea of home is strictly connected to the relationship with the family and is considered the best place for socialization with members of the family. Moreover, the home represents childhood memories and it is associated with the memory of the one where we used to live with our parents, often becoming a reference model.

Spontaneous Associations with the Word Home
In spontaneous associations, home is identified with a shelter, a "bunker" from the outer world. Home must be a safe place which protects you from outer enemies and so must be equipped with appropriately safe systems (video entry phone, alarms, video cams, …). Home is also a "psychological bunker", a place to flee from an increasingly frenetic and stressful everyday life, a place to satisfy everyone's needs for affection and privacy, in contrast to  the outer working world, considered as a work place, often exhausting, source of trouble, and social relationships, perceived as potentially dangerous. Counter-trend: home is negatively experienced by a minority of people; it is seen as a suffocating place (especially by middle-aged women suffering from a family crisis) or as simply a dormitory (by young single men).

Home Environments
The most "lived rooms" in a house are the kitchen and the living-room (living room, sitting room). In particular, in metropolitan areas and in Northern Italy, the living-sitting room represents the heart of the home, while in the Central-Southern Italy, where houses are generally bigger, the kitchen is seen as the top place. In general, although the homes, except for studio type home, maintain their traditional roles, there is a progressive broadening of the functions of the most lived-in rooms: the kitchen is no longer just the place to prepare and have meals, but also to watch TV, read the newspaper, visit with friends, telephone or chat with the family, while the sitting room, once the favourite place to welcome friends, is now to watch TV, read and also sleep.

Equipped kitchen
The "equipped kitchen", i.e. the kitchen as a place to live in and welcome friends, is among the greatest desires of Italians.

Bathroom
The bathroom, in a world where body-care and the pursuit of psycho-physical health have become increasingly important, is nowadays the trendiest room. Time and activities in the bathroom have considerably increased in recent years, therefore more and more importance is attributed to the bathroom.

Other objects in the house
Today objects originally intended for other uses are used as furnishing objects: generally they are classical items, like an old cradle transformed into a flowerpot, a plate rack used as a towel cabinet for the bathroom, a chest turned into a TV stand.
Among young urban generations of Northern and Central Italy, "bric-à-brac" of modern objects becoming more and more important: the rear seat of an old car becomes a three-seater sofa, or a motorbike rim transformed into a lamp. This trend is typical of young  singles, living in studio apartments, ready to experience new forms of decor and of "hybridising" of styles (fusion).

Technologies
In general, technology is not considered a "disturbing element", altering the pleasantness of home furniture, even more than the classical one.
On the contrary, technologies must contribute to home furnishing, often determining the furniture of some rooms: the sitting room, in particular, is designed to have a certain TV view. The "technical trolley" is the favourite solution chosen by young well-educated families. It is the perfect combination of decor and technology, or better, the best expression of technology becoming decor.

Exteriors
In general, today there is a limited self-awareness of the influences of the outer world on one's home. Indeed, home and outer world are completely different: the first is a "shelter" and has to be comfortable, a quality not expected from the outer world.
Young people often refer to public places (pubs, bars, etc.), where TV (wide and small screen) is an integral part of the place, a permanent background to  customers' conversations.

Favourite Materials
Wood ranked first as the favourite material.
Wood is popular all over Italy because it is: warm, natural, beautiful and elegant, intimate and cosy, healthy and clean, vital. Second was steel, described as solid, strong, powerful, essential, clean, cold, technological, and glass, considered clean, limpid, transparent, and luminous. Steel and glass are popular in Northern-Central Italy. Third was earthenware, perceived as warm, antique, cosy, practical; marble, popular for its beauty, elegance, solidity, luxury, and mosaic, for its colour conception and considered pleasant, fanciful and lively, modern or antique (according to the matches).
Marble is the most popular material in Southern Italy.

Wood
It is particularly popular:

Moreover, the current possibilities for wood treatment, which enable its use in places where it was traditionally excluded, makes it an adequate material also for bathrooms and kitchens.

Wood, tradition and innovation
Wood is considered the preferred material to be associated with technologies which are gaining more and more importance inside the house.

Wood considered as a leading value Wood is considered the best material because it identifies with the concept of "home". Indeed, wood means protection, warmth, privacy, "roots", and affection: the same values that nowadays are attributed to one's home. 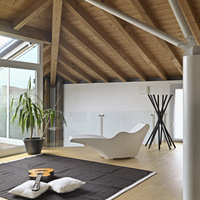 The results of the show that: